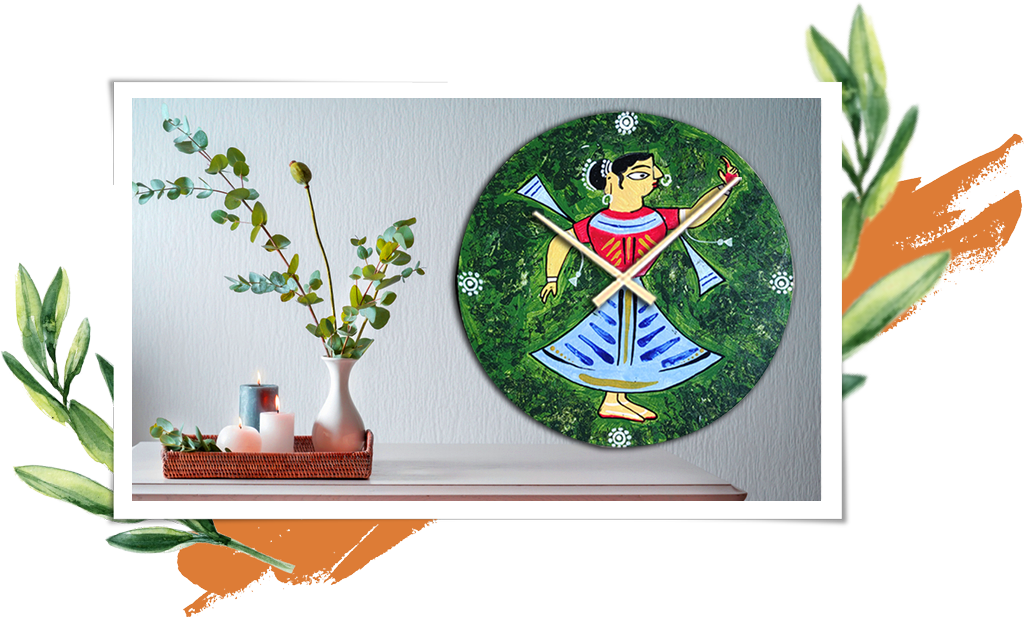 Kalighat Art, characterized by its bright colours and bold outlines, evolved as a unique genre of Indian painting in 19th-century Bengal. Done on cloth or ‘patas’, they depicted conventional images of gods & goddesses and scenes from epics such as Tulsidas’ Rama Charita Manas. The artists were village folk who travelled from place to place with their scroll paintings and sang out the scenes from the epics depicted in these paintings during village gatherings and local festivals. These artists were called patuas or ‘painters on cloth’. From the depiction of gods and other mythological characters, these paintings developed over time to reflect a variety of themes.
Over time, influenced by the different art forms around them and with a need to work quickly, the patuas abandoned their linear, narrative style in favour of single pictures involving one or two figures. The backgrounds were left plain, all non-essential details removed, and basic combinations of colours were used. This created the key characteristics of the Kalighat genre. Kalighat paintings primarily use basic colours like indigo, blue, black, yellow, red and green made from homemade dyes. Only for ornamentation do artisans use silver and gold.