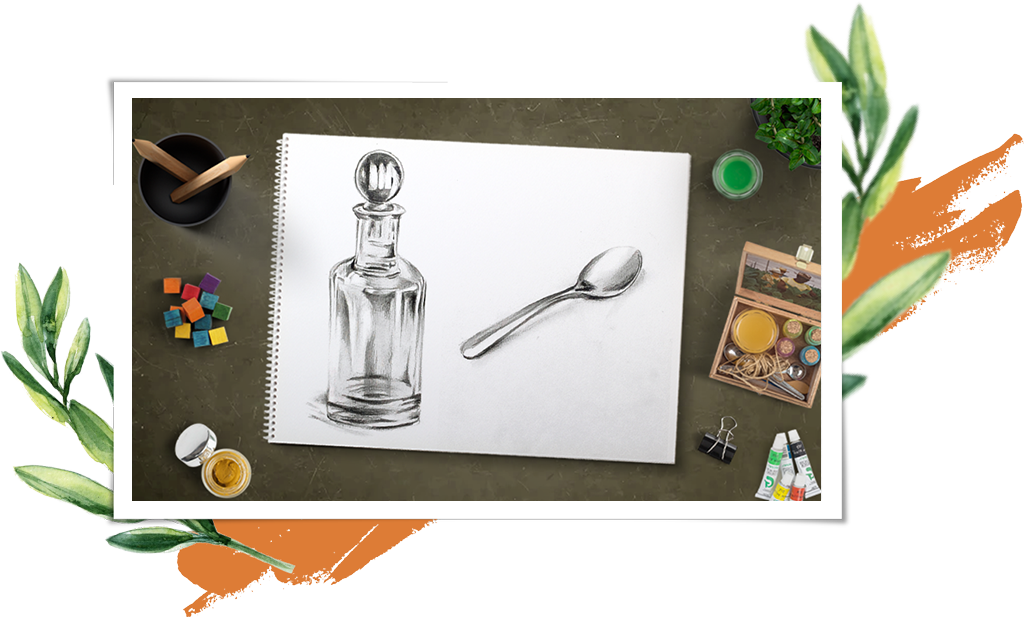 It was in the late 18th century that pencils, as we know them today, were first introduced – they used a mixture of clay and graphite for the core and the cylindrical holder made of wood. The ease of usage of these pencils, and their versatility in creating light and dark tones, that made them popular, and artists started to use the graphite pencil as it easily created grey black strokes which became a good tool for writing and sketching.

In art, drawing is a two dimensional process, while shading is three dimensional one, which takes drawing to the next level. Shading is a process which helps create an illusion of form, space and light by adding various tonal values. Different shading techniques evolved over time to create a realistic pencil art like hatching, cross hatching, blending, contour and many others.

Various tools like blending brush and paper stumps also began to be used to make the process easier and more detailed. Shading added life to the flat drawing giving it a realistic and natural appeal. Today, Pencil Shading is one of the most important techniques used to create a realistic art.